Unlike regular air purifiers, which are air filters that remove particles such as dust and pollen from the air, an ozone air purifier treats the facility by oxidizing odors at their source. Ozone will eliminate smoke odor, pet odor, and cooking odor.The OdorFree ozone generator (also known as an ozone air purifier or ozone air cleaner) can create a more enjoyable environment for your guests without air fresheners, heavy perfumes or irritating room deodorizers. 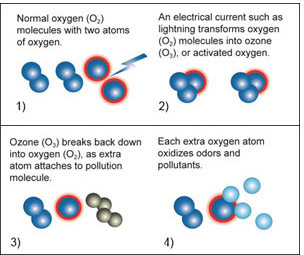 Odors are eliminated using both UV light and O3. Indoors, most places that generate odors receive very little UV light or O3. The OdorFree ozone air purifier creates O3, or ozone, in a special process that utilizes an electrical current. Then ozone fills the entire space, breaking down almost any odor, as well as other pollutants at their source.

03 is created during thunderstorms and also from sunlight striking the earth’s atmosphere. As an example, we’ve all taken a walk after a thunderstorm and experienced the clean, fresh smell in the air. That's O3, or ozone, at work.

With the OdorFree ozone air purifier, ozone is created from normal oxygen (O2) that is already in the space. Because O3 is a very active molecule, it will follow the same path that odors took, removing odors clinging to walls, ceilings carpets, cabinets, furniture and upholstery. Any unused ozone reverts back to O2 in about an hour, after which inhabitants can re-occupy the space. The air in the room will be fresh and clean, with no artificial odors and the space becomes free of odors.

Employ the cleaning power of ozone and create an outdoor fresh environment in your facility with OdorFree ozone air cleaners today! OdorFree has a number of commercial ozone generator and home ozone generator options to choose from to fit nearly any area or application.

Call the Odor Answer Line at 800-588-6723 now to learn how an OdorFree ozone generator can remove pet odors, food odors, cigarette smoke, and other odors from offices, apartments, houses, hotels, automobiles and more. 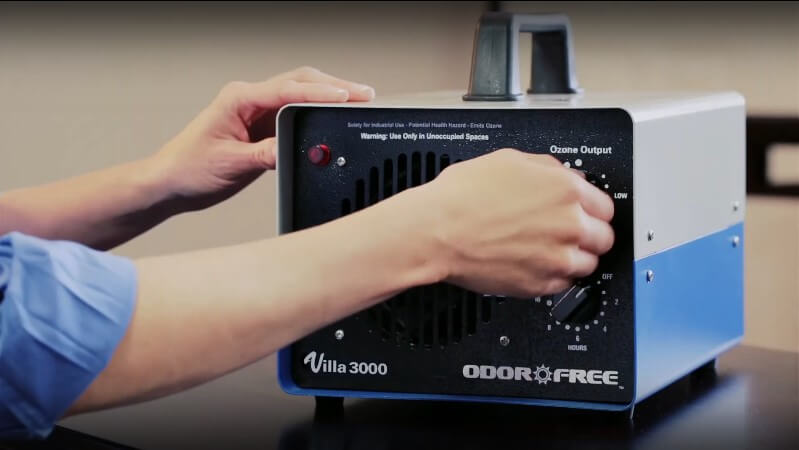